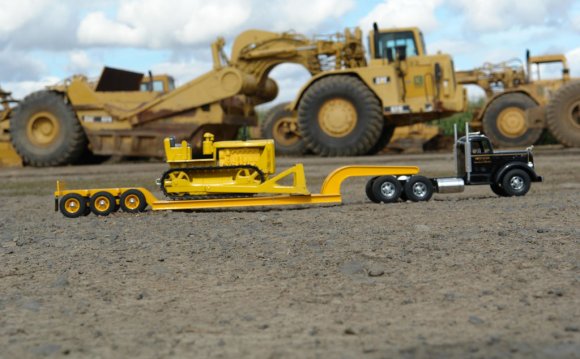 Nick Drew was operating plant for more than 35 years both as a self-employed operator and owner operator. Nick is passionate about machines both new and old and via the blog site he product reviews the most recent construction plant & equipment, shares pictures from jobsites around the world and takes a look back at classic kit from the past. Nick can also be a consistent factor to Earthmovers mag.


National plant hire expert, Hawk Plant Hire has increased its Caterpillar fleet to 164 machines, in a 34 device handle Finning UNITED KINGDOM & Ireland, which includes six Cat 730C2 Articulated Ejector Trucks, 16 Cat CS74B Vibratory Soil Compactors and 12 Cat 313FL GC Excavators. Commenting regarding offer, Hawk Plant Hire Director and General Manager, Paul Allman, stated: “We more »
Time for newest installment of memories associated with the thirty days from retired operator William Peters, this time around concentrating on the Quarry Bend, Torquay to Paignton road featuring photos from William and Digger guy Blog archives. Around 1968 Whites got the contract to construct a stretch of roadway to avoid a notorious portion of the A3022 Paignton to Brixham roadway much more »
Following on from our recent blog site re-visited post which showcased a large excavator being cut up, we have been contacted by our very own “Englishman Down Under” Michael Bullock, just who shares some pictures of Komatsu dumptruck’s struggling equivalent fate. Regular visitors will remember that people being following Michael’s exploits down in Australia for quite some time. We'd perhaps not heard more »
These images are currently performing the rounds from the different plant & machinery pages on social networking right now and I also believed they would be worth a post right here on Digger Man Blog also. Imagine the scene, you will be sat around the dining room table and you also unexpectedly hear the roar of a sizable diesel motor, the clatter more »
Swedish organization Engcon, which claim is the entire world's leading producer of tiltrotators for excavators, is taking the leap over the Atlantic to improve digging in North America Engcon's core product, the tiltrotator, which in its different design sizes is made to fit excavators from 1.7 to 35.3 tons, makes it possible to tilt the bucket or any other work device much more »
Leading hirer Lomond Plant has bought nearly 100 new JCB devices in a massive bargain worth £5.5 million. The Falkirk-based company has actually bought the models to guide its ambitious development plans, which have currently seen growth in towards the North West of England - with depots in Yorkshire and also the Midlands set to follow. Overall, Lomond Plant has bought even more »
Source: www.earthmoversmagazine.co.uk